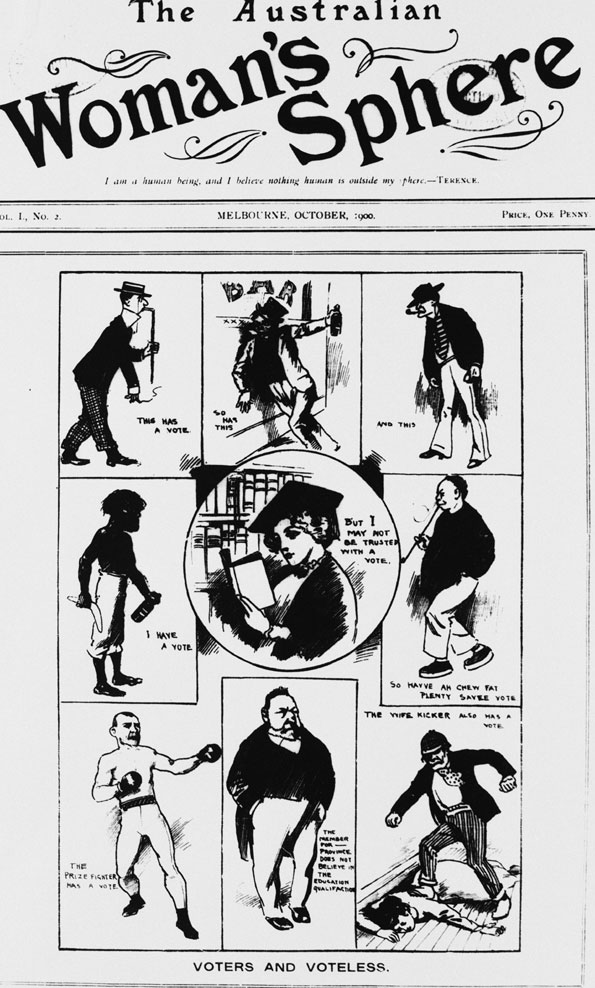 This black-and-white cartoon cover of the second issue of The Australian Woman’s Sphere, published in October 1900, was part of the campaign for the right of women to vote. It portrays a young woman as scholarly and attractive but without the right to vote, contrasted with eight men presented as unworthy of the vote they have. These men include satirical depictions of a violent man, a drunkard, an unintelligent dandy and an elected member of the government. The cover also includes an Indigenous and a Chinese man among the eight caricatures.